During the military battles that King David was engaged in, much dependence was placed on the strength and speed of the chariots and horses that helped secure or weaken a soldier’s mobility during war. Ultimately, it was the strength of God and His resources that could be fully trusted and counted on as well as God’s plans for Israel. King David knew the size of a soldier and  number of enemies didn’t equal destruction. He knew that it was the size of His God that would weigh om favorably.  (And just a footnote, God’s plans for Israel always prevailed.) That didn’t mean that being prepared and suiting up for battle wasn’t necessary on a soldier’s part, it just meant that at the end of the day, God would overcome injury or death on the battlefield (much like the way He did on the day of His own battle, but that’s another story, isn’t it?)

What battlefield are you on today, mom? What is the chariot you are putting your faith in? The enemy of what you are up against may seem like its ruling the ground you are standing on, but it is God who will strike successfully and rise up. Like King David, when we put our trust in God over the chariots in our lives, we will experience His will and victory in unexpected ways.

Let go of your reigns mom, and trust God. Your chariots will be there, but God is the One you’ll be able to fully count on.

A truth worth riding.

“Some trust in chariots and some in horses, but we trust in the name of the LORD our God.” (Psalm 20:7) 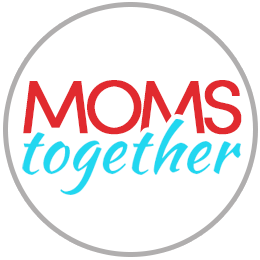 Get Daily Encouragement
right in your inbox!